Film and television have brought many stylish protagonists to our screens, giving us good guys with great fashion giving us yet another reason to support them. From the classically suave Bonds to the flamboyant Dickie Greenleaf, the extravagance of Jay Gatsby to the rebellious Jim Stark each one has been heroically stylish. However, every now and then the villain’s dark intentions are expressed in their dark fashion-sense, giving us some of the best dressed bad guys on our screens. Today, we run through 4 of our favourites and what makes them so stylishly sinister. 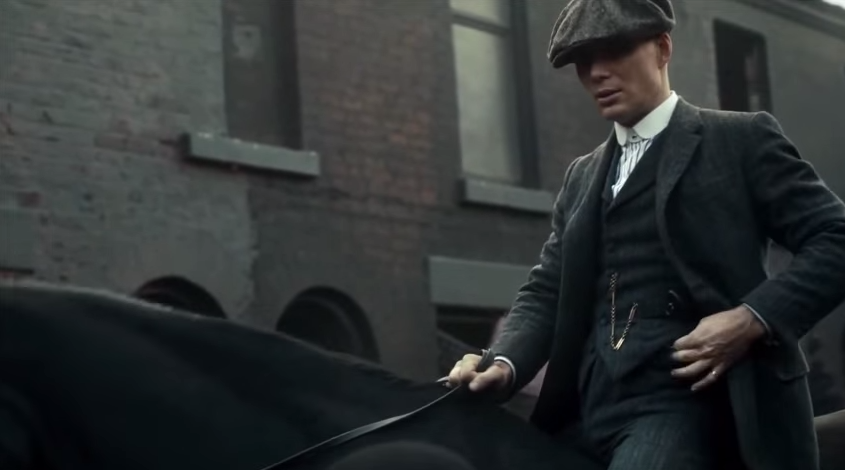 Thomas Shelby, played by Cillian Murphy, is the leader of the Peaky Blinders, the well renowned Birmingham mafia of the 1920s. This real-life gang terrorised and controlled the city with ruthless violence and extensive money laundering; which the gruesome BBC TV series re-imagines brilliantly. Thomas’s love of long coats, thick wool tailoring and flat caps, complete with razors in the bill, makes his looks both iconic and sharp (no pun intended). Although not necessarily completely in keeping with today’s trends, there’s certainly a great deal of inspiration in Tommy’s wardrobe.

The Joker, in all his forms, is a great example of representing personality through an individual’s style. Wacky, eccentric, bizarre and twisted are just a few of the adjectives that come to mind when describing his outfits. Yet, somehow, it suits The Joker and his methods. With pockets full of grenades and knives, psychotic clown makeup and green hair to top it all off, it’s not exactly a look we’ll be trying soon but it works well. On top of this, he makes all his own clothes himself so, technically, he’s a designer as well as a murderer. We’re not saying it excuses his behaviour but all credit to The Joker for being able to pull it off with class. 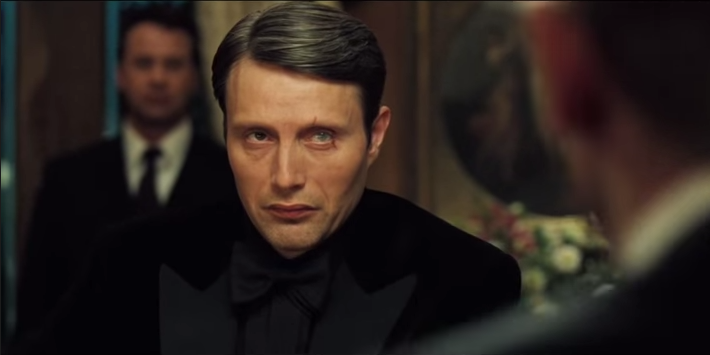 The main antagonist of Casino Royale, played by Mads Mikkelson, is not your typical Bond villain. Desiring neither world domination nor mass murder, he is simply looking to make a large (and certain) return on his financial investments. Even his capture and torture of Bond is incredibly direct and basic when compared to other Bond villain techniques. His style is a reflection of his dark and disturbing character with the majority of his outfits utilising black or navy as their sole colour palette. This all-black tuxedo is a great example of this, say what you like about it, but you have to admit it’s evil to a tee.

Christian Bale brings Bret Easton Ellis’s novel to life with his characterisation of the impossibly successful and clinically insane Patrick Bateman. Right from the off you find out that Patrick is dangerous and soon you find out why. However, his clean cut and incredibly sharp tailored style is one that has made him a timelessly iconic villain in film. Whether he’s fully suited for work, wearing a tuxedo for a party or wielding an axe in a raincoat, he still looks remarkably suave. We recommend you take a leaf from Patrick’s book (IMPORTANT: not the book containing murder and general insanity) for future tailoring inspiration

Well those are our favourite villainous style icons and why they inspire us. As always feel free to comment, like and/or share it with your friends/followers. If you believe we’ve missed anyone out then feel free to comment below and we’ll make sure to consider them for future posts. Don’t forget to subscribe to The Male Stylist for future style icons as well as much, much more.