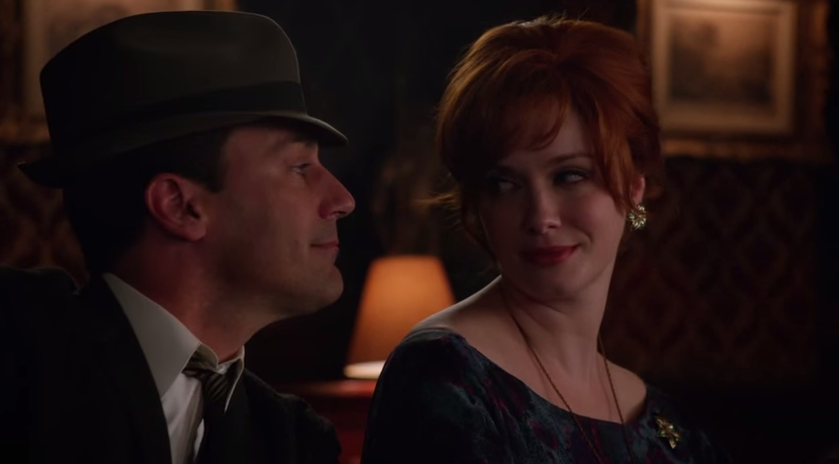 For men, dressing for a date can be a bit of a minefield and often what you think may come off as sharp, may in-fact not be an attractive look in your date’s opinion. This week the girls from Bangs & Whimpers, a dating sex and lifestyle blog written by two women anonymously (NSFW, I assure you), clear the air and discuss the most seductive styles on men as well as the fashions that fail to impress.

No doubt, it’s an educational (and definitely honest) conversation…

On the first sunny afternoon in a thousand years, we sat outside with suitable drinks and edible distractions, recording an interview with each other about the sartorial glories and disasters of link-up life.

Then we promptly lost the recording and have had to start all over again.

So we did, and here’s our second coming:

How much attention do you pay to what a man is wearing?

We notice shoes, coat and hat on a man.

Hats in the bedroom? A definite no-no.

We both admit to judging a man on his shoes (and whilst quickly hiding our own cobbling shame).

No hiking shoes on a date (unless we’re going hiking of course), same with sandals and flip flops. For the love of god! Toes too early are like premature nude pics.

And no oh-so-trendy-canvas shoes in the wintertime, please. Same goes with not wearing a winter coat.

In fact, we decided that if a man couldn’t be sensible and dress according to the conditions outside, he was going to be pretty useless doing so inside – if you catch our drift.

What about tracksuits and sports gear?

Our first answer was ‘no way’.
And then we remembered we had exceptions.

One of us had a regular lover who ran to her house once – arrived in jogging gear, sweaty, glowing and she opened up as soon as she opened the door. He gets a pass.

The other acknowledged that a nice, clean, matching tracksuit – especially a fly retro one from Puma or Adidas, highlighting the guy’s great arse and elasticised waistband – damn right, she’d see to the man.

Speaking of elasticised waistbands, what about underwear?

Has to be clean. We both love a nice set of boxers – Paul Smith or Calvin Klein style jersey types were great. Especially with a hot waistband to snap back.  If the pants are going to be white – they have to be straight-out-the-pack nice.  Of course, we’re split on colour taste: one likes neutral and sensible colours. The other likes colour close to the skin.

Novelty, over-hyped wear could be a bit of a shocker, depending on how well we know the man. One of us has a soft spot for a lover’s drawers that looked like an old mamma’s curtains.
But Mr Men or some hilarious joke boxers? Save them for your nights home alone, son.

One of us loved Y-Fronts – like an invitation to reach straight in. Whereas the other was slightly weirded out by them – maybe for the same reason.

Yeah, a guy once had holes in his underpants (see above) and generally bad hygiene.

One date rocked up with a hilarious joke shirt on: “I don’t need an encyclopaedia, I just ask my wife”.

Generally, all belts are disasters. Yeah, they’re sexy but to get them off without injury there is a certain knack required, which we never seem to have when the moment arises. They’re like the guy’s version of a bra – we’ll get better in practice, but we almost always swear at them.

Tie or no tie?

Ties are great. We’re fans of the buttoned up shirt too. A well-tailored one, laundered and pressed is incredibly sexy.

We like suits, sure, but they also come with loads of caveats.

Walking past a load of dudes in suits – we don’t even look sideways. Been in the suit all day? Nah. Of course, they have the chance to up a man’s game, but actually we want to see your real taste – how you really express yourself. That’s the greater turn-on.

But the more important question is: socks or no socks?

We were split about this. One most definitely socks off and has even incorporated the removing of socks into the moves in the bedroom. The other didn’t mind the socks on – something cute and homely about it.

Do you like guys who have a certain style?

Definitely, and that can even translate into how they wear something. One man’s kaftan may be another’s Boateng (in theory, of course we’ve never been with a guy in a kaftan).

Well that about rounds up Bangs & Whimper’s thoughts on men’s style. My thanks to both of the girls for contributing and best of luck in their future blogging efforts. As usual if you have enjoyed the article then do feel free to like, comment and share this with your friends/followers. You can also sign-up to be notified of new posts and follow The Male Stylist activity. Also, don’t forget to subscribe for updates on future posts and follow us on Twitter or Instagram.