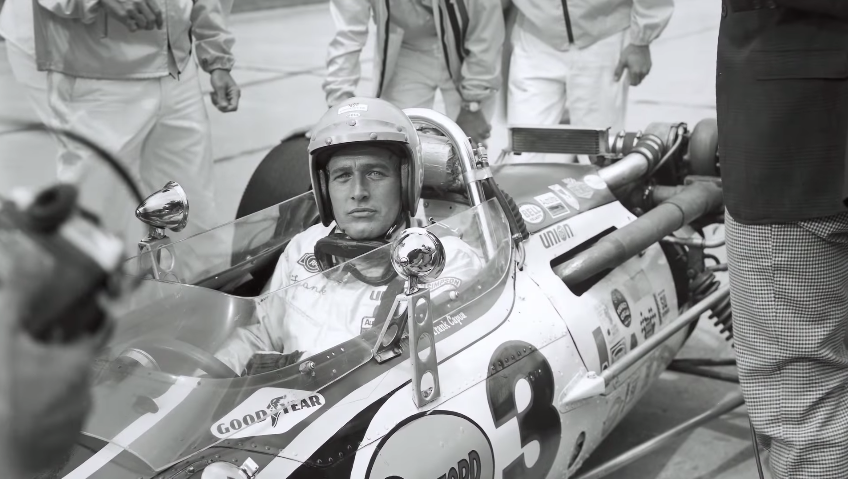 The Man About Time has been away on holiday recently taking a well deserved break. However, today he returns and discusses some of his favourite watches from the real-life style icons of his generation.

Chronographs; that is watches which have a stopwatch function are always in style and in the world of mechanical watches there are a large number of manufacturers offering a variety of functions. Prices begin at around £900 for Christopher Ward’s award winning C700 Grande Rapide and can head as far north as your wallet will permit. Actually a lot of the medium price self-winding chronographs use the same movement (with or without modifications) so you decide on the look that you like and go for it. But this column is really all about style; so let us be a little controversial and argue that actually there are really only three chronographs that cut it for us here at The Male Stylist. Two are routed in motorsport and one is the only watch that has ever been to the moon!

Our two motorsport watches are the TAG Heuer Monaco, as worn by Steve McQueen in the 1970 film Le Mans and the Rolex Daytona, which became famous almost overnight after being worn by Paul Newman.  The third is the Omega Speedmaster, which was (after exhaustive anonymous testing) NASA’s timepiece of choice for the Apollo missions to the moon. How much cooler than that can you get? All three are steeped in history, combining vintage style with iconic status and come in a number of variants. Only this week we encountered a perfectly groomed Italian gentleman whose immaculate white cuff slid back, as he made notes on his brand new tablet computer, to reveal a simply stunning, hand wound, 1971 Omega Speedmaster Moon watch in ‘mint’ condition on a lightly worn leather strap. It completed his outfit. He had saved for it and bought it for all the best reasons, history, style and the sheer enjoyment of owning one of world’s most famous and beautiful timepieces. 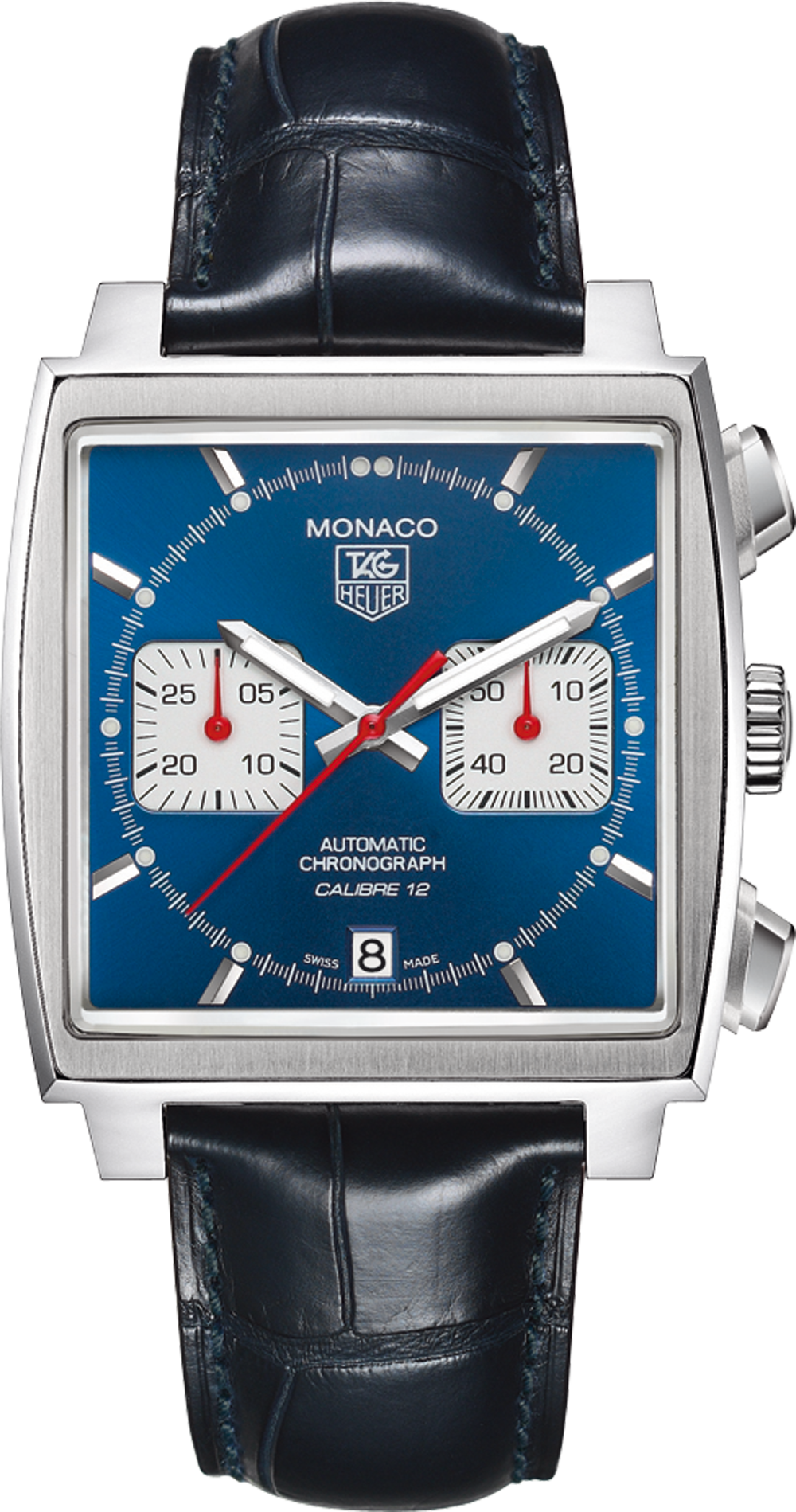 The square face of the Monaco has been emulated by other manufacturers and even adapted by TAG themselves but the two sub dial chono with date is our choice. Its status as perhaps ‘The Motorsport’ watch began when Jack Heuer, its creator, gave one to Steve McQueen to wear as a racing driver’s watch whilst making the picture. It was a masterstroke of product placement and assured the Monaco of a place in the heart of anyone with even the vaguest interest in motorsport or cool style. In June, at this year’s gruelling Le Mans 24 Hour race, Patrick Dempsey, who was actually competing in a Porsche, was photographed in the pit area with his TAG Monaco. You may not love the Monaco but you cannot ignore it.

As usual, we say ‘buy smart’ so check out www.watchfinder.co.uk who always have a good selection, starting at around the £2300 mark (and everything is negotiable). Blue face variants (go for the blue on black crocodile if the bank manager will let you) fetch more than black faces but avoid the garish Gulf special editions unless you actually do have just petrol in your veins. They are simply too garish to be stylish. Conversely, the classic black or blue work equally well with casual wear or suits.

No wonder Paul Newman’s famous blue eyes twinkled! Rolex Cosmograph Daytona’s (named after the Florida speedway where Rolex were the official timers) have a remarkable habit of not just keeping up in the style stakes but also of being sound investments. Generally I don’t advocate buying a watch as an investment but, then again, you should never say never! The Daytonas, like the Submariners are icons in their own right but the Paul Newman connection did neither the brand nor the Daytona range any harm at all in the desirability stakes and, providing that you remember to ‘buy smart’, you just might make some money whilst enjoying one of the truly great watches. 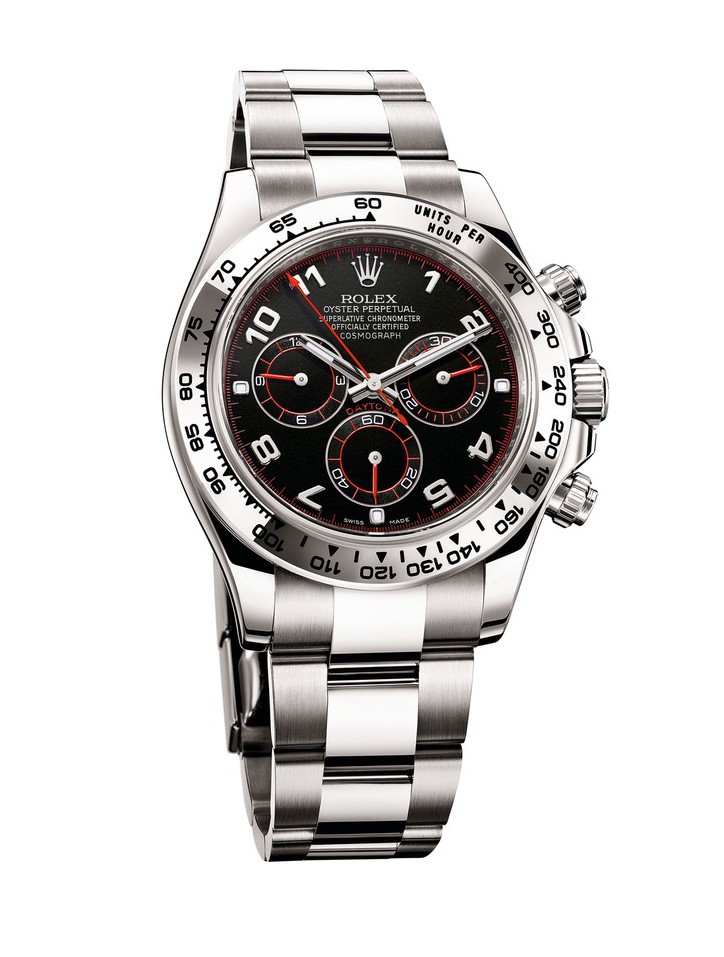 Sadly they don’t come cheap (Rolexes never do!) and there are no guarantees of financial gain, however, when you think about your ISA or savings account…. how much enjoyment do you get from them and they also can go down as well as up! Newman reputedly wore his (a gift from his wife) every day from the day he took up motorsport in 1972 until his death in 2008 (though given Rolex service times we feel a little licence might have been taken there).  Like Dempsey and McQueen, Newman was a racer and the Le Mans and Porsche connections don’t end there; Newman finished second overall in the 1979 Le Mans 24 hour race in a Porsche 935 Turbo.

One style icon with another! Paul Newman and the Rolex Cosmograph Daytona

Whilst both the Monaco and the Daytona have impressive bragging rights it is hard to beat the gravitas (pun entirely intended) of a watch which was deemed fit to be worn on the Apollo expeditions to the moon. In fact the story goes that it is the only type of wristwatch to have been to earth’s nearest celestial neighbour, though it appears highly likely that a stowaway (not chosen by NASA) Waltham made it to the moon’s surface on Apollo 15. What is for certain is that the Omega Speedmaster remains the only NASA sanctioned watch to have been to the surface. 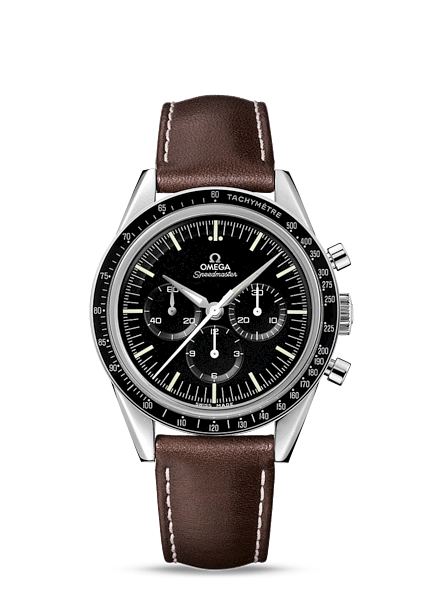 Perhaps more famous today is a Speedmaster which did not make it to the moon but was used by astronaut Jim Lovell to time the critical rocket burns which enabled Apollo 13 to return to earth following problems with the mission. In this instance split second timing really was, quite  literally, everything! Chosen by NASA after exhaustive testing, the Omega Speedmaster has, like the other two, been through various incarnations and stages of development and prices vary. Purists argue that the manual wind ‘Moonwatch’ is the one to go for but we say that all Speedmasters have an undeniable presence. Whether on a stainless steel band or on a leather strap the Speedmaster is undeniably a piece of history that you can easily wear every day, even if you do intend keeping your feet firmly on the ground and timing nothing more important than a perfectly boiled egg.

Jim Lovell, Tom Hanks as Jim Lovell in the film Apollo 13 …. and the Omega Speedmaster.

The Monaco (www.tagheuer.com), Daytona (www.rolex.com) and the Speedmaster (www.omegawatches.com) are all available new but when we are talking about timepieces with so much history, doesn’t it make sense to have a look for pre-owned examples? As usual the vintage models pictured on the wrists of McQueen, Newman and Lovell are most desirable ……. and have prices to match(if you have to ask ….. don’t bother) but examples a few years old, in great condition and with a warranty, can be found in any number of reputable dealers. Start your search at Watchfinder (www.watchfinder.co.uk), Blowers (www.blowers-jewellers.co.uk) or The Swiss Watch Company (www.watches.co.uk).