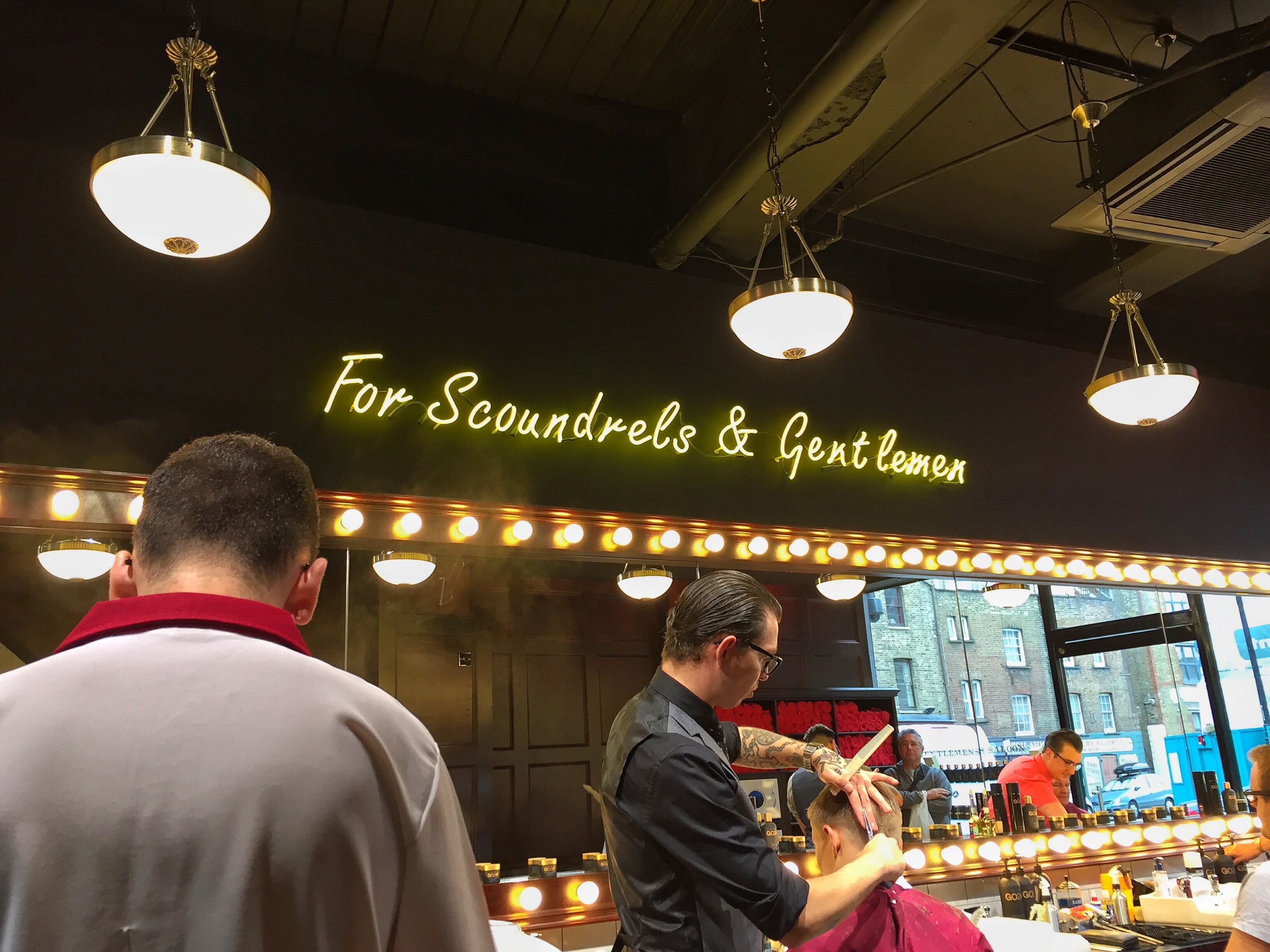 The Gentleman and The Scoundrel are probably fairly accurate representations of the duality of a man’s personality. This idea of a character with all the manners and respect of a gentleman but also the mischievous intentions of a rogue is common in society. Icons traditionally associated with the word “gentleman”, like James Bond and Sherlock Holmes, follow this dual personality of refined man and rascal.

So it is fitting that BarberBarber pride themselves on being a gentleman’s grooming salon for both gentlemen and scoundrels, offering some of the finest hair and beard treatments around to the men of England. Having been told about their excellent Liverpool branch by my younger brother Simon, I was excited to hear that they were opening a new shop in Spitalfields Market. A few weekends back I stopped by on the day of its launch to get a feel of how they’ve placed themselves in such a competitive market and what can be expected from the newest barbershop to hit the capital. 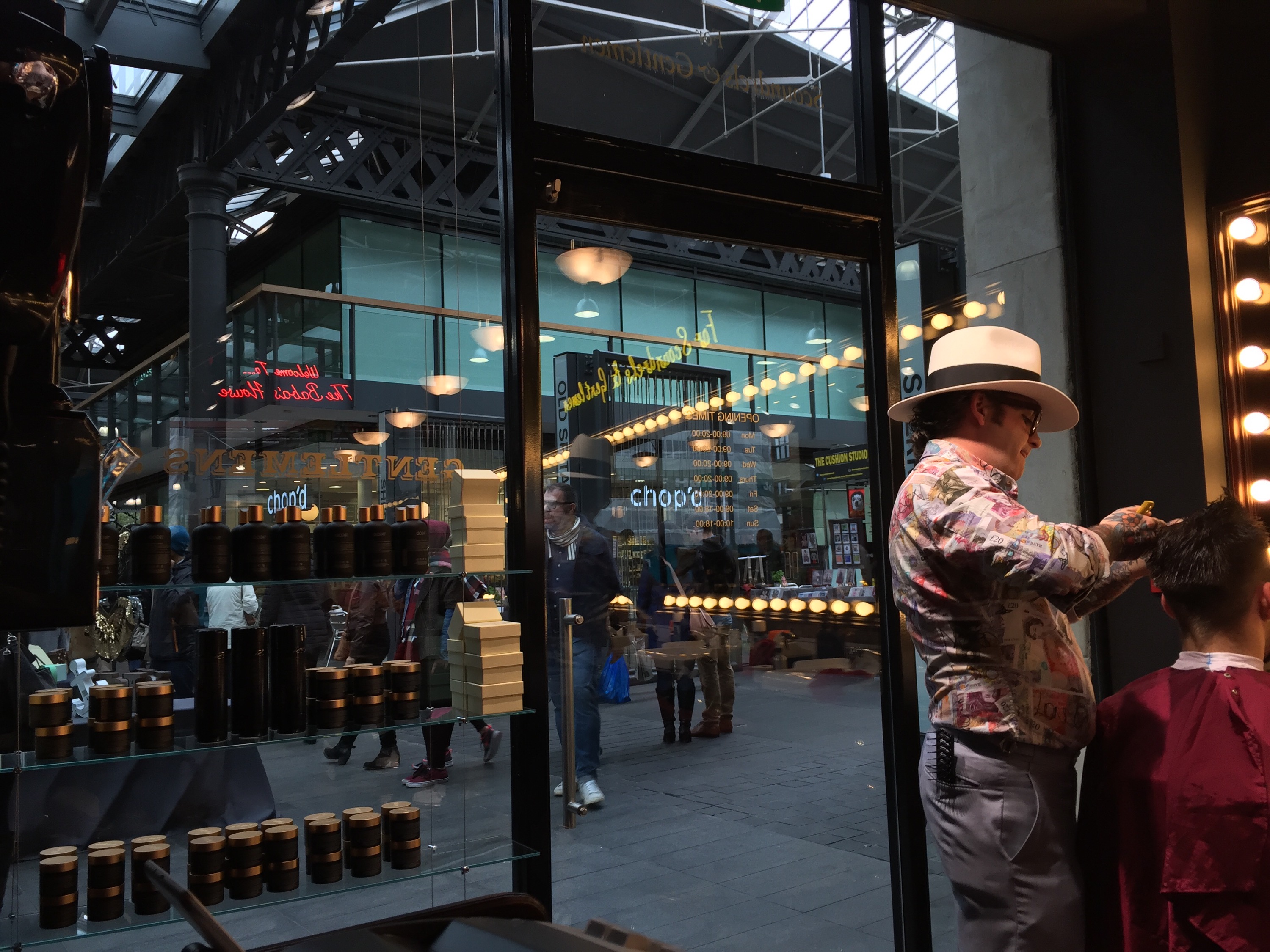 The Spitalfields Market location is one that is constantly buzzing, even more so on the weekend, with a plethora of Londoners (young and old) indulging in a modern marketplace that keeps itself firmly rooted in its city market foundations. The shop itself is a narrow but long salon with a combination of bright neon and polished steel that brings to mind images of American barbershops in the 50s. Walking through the door you are greeted by a member of staff who guides you downstairs to the hidden underground speakeasy, better known as “The Dead Scoundrels Club”. The dark wood walls and dark red leather chairs lead to a small cocktail bar with friendly staff behind quietly making gin and whiskey cocktails for customers waiting to be served. A quiet hum of chatter and music greeted me, alongside a Gin & Tonic, and I sat down with the newest edition of GQ waiting for my number to be called. 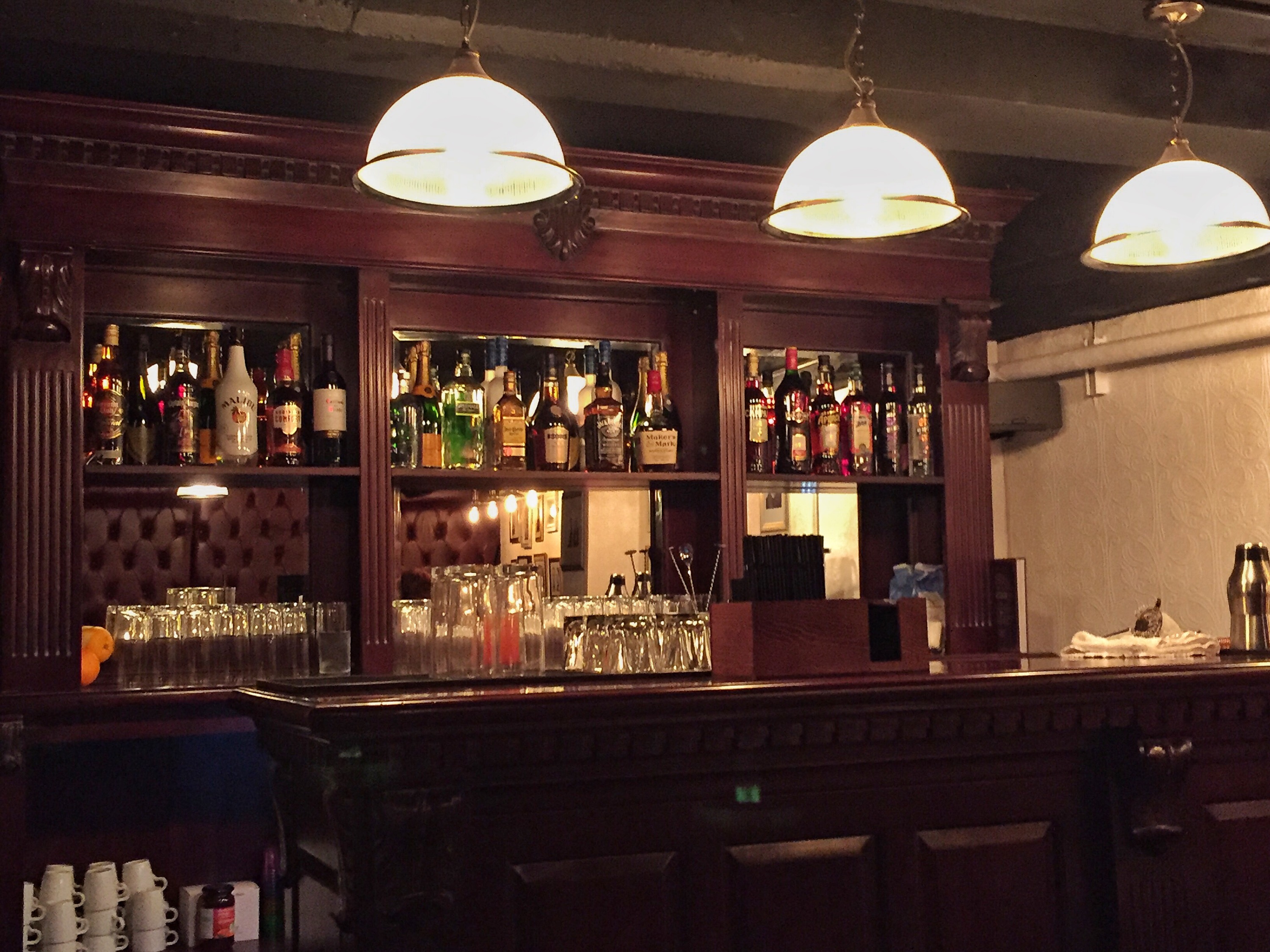 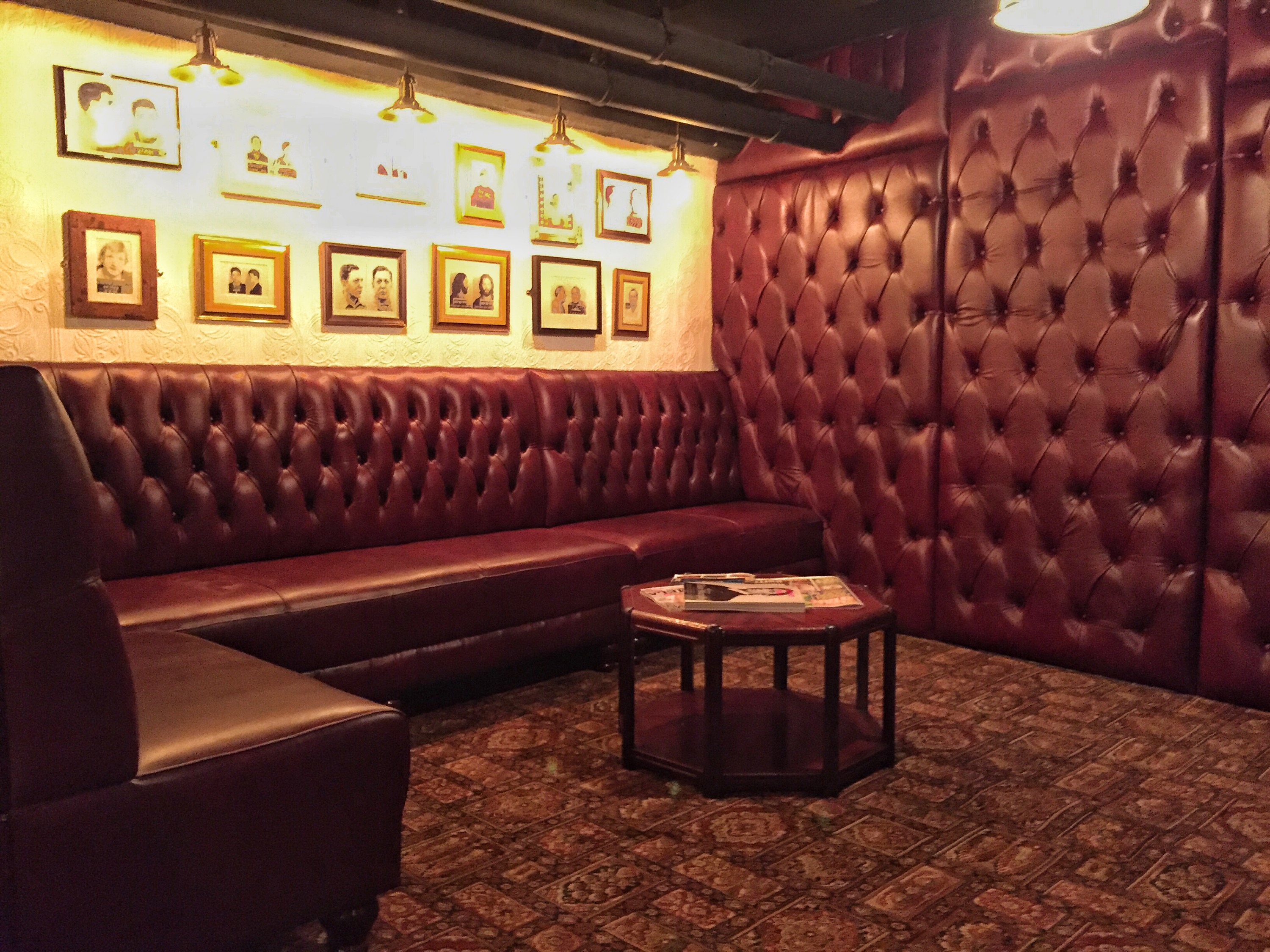 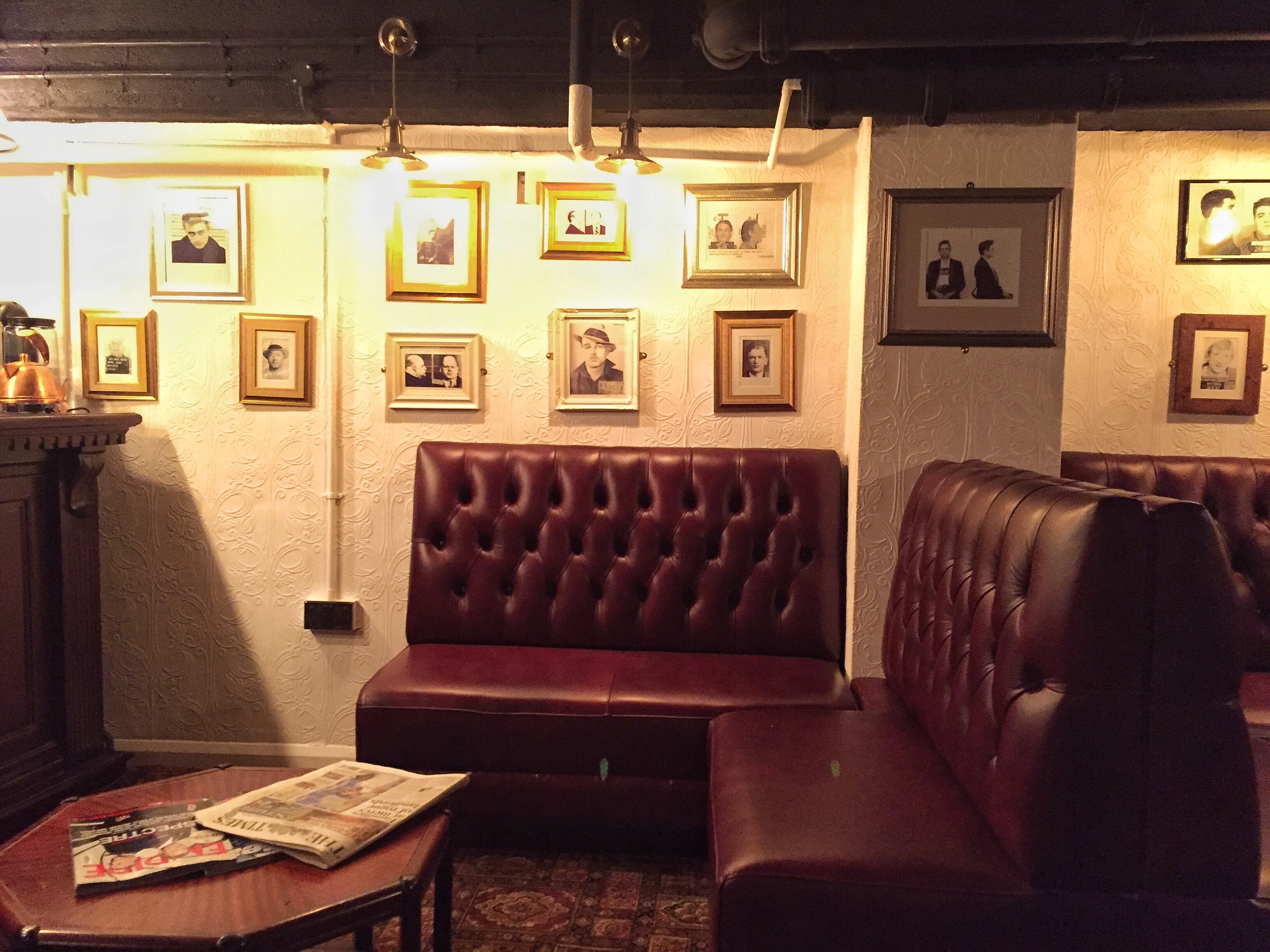 It wasn’t long before I was greeted by two of the staff. Johnny, the Founder of the BarberBarber franchise and all-round friendly character with a quick wit and even quicker tongue, and Joey, a smartly dressed younger chap with a keen eye for personal style and friendly demeanor. Both were welcoming customers to the barber chairs and throwing around in-jokes that sparked bursts of laughter from other members of staff. It was enjoyable, fun and, most importantly, friendly. It was also barely midday and I had just finished the Gin & Tonic… 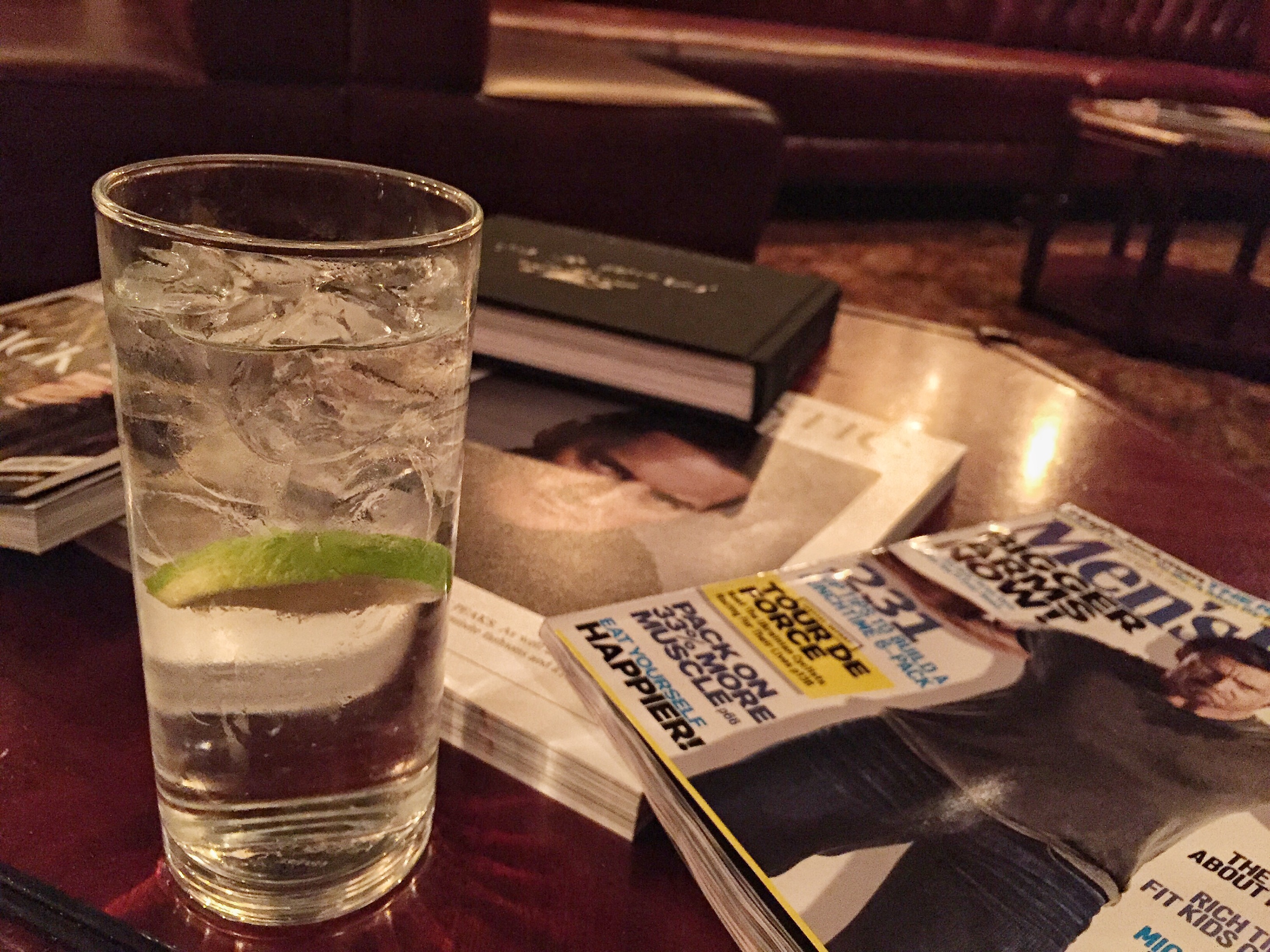 After being welcomed up, I sat in the chair and began to discuss with Joey what I was looking for in my haircut. After a few minutes of chat and general manipulation of my hair, we settled on an idea and Joey reassured me he knew how to style it. This is a nerve-wracking point for anyone, to trust a stranger with your hair that you will then have to walk around with for the next few weeks. Thankfully, my nerves were calmed after he washed my hair and started expertly trimming the back and sides of my hair. It was as professional as I’ve ever seen it in a London barbershop, with each cut acting as a deliberate stroke and building towards a final style. The chat soon turned into banter and the guys were soon throwing a few quick jibes at one another’s skills. I was offered another drink. This time I chose coffee… 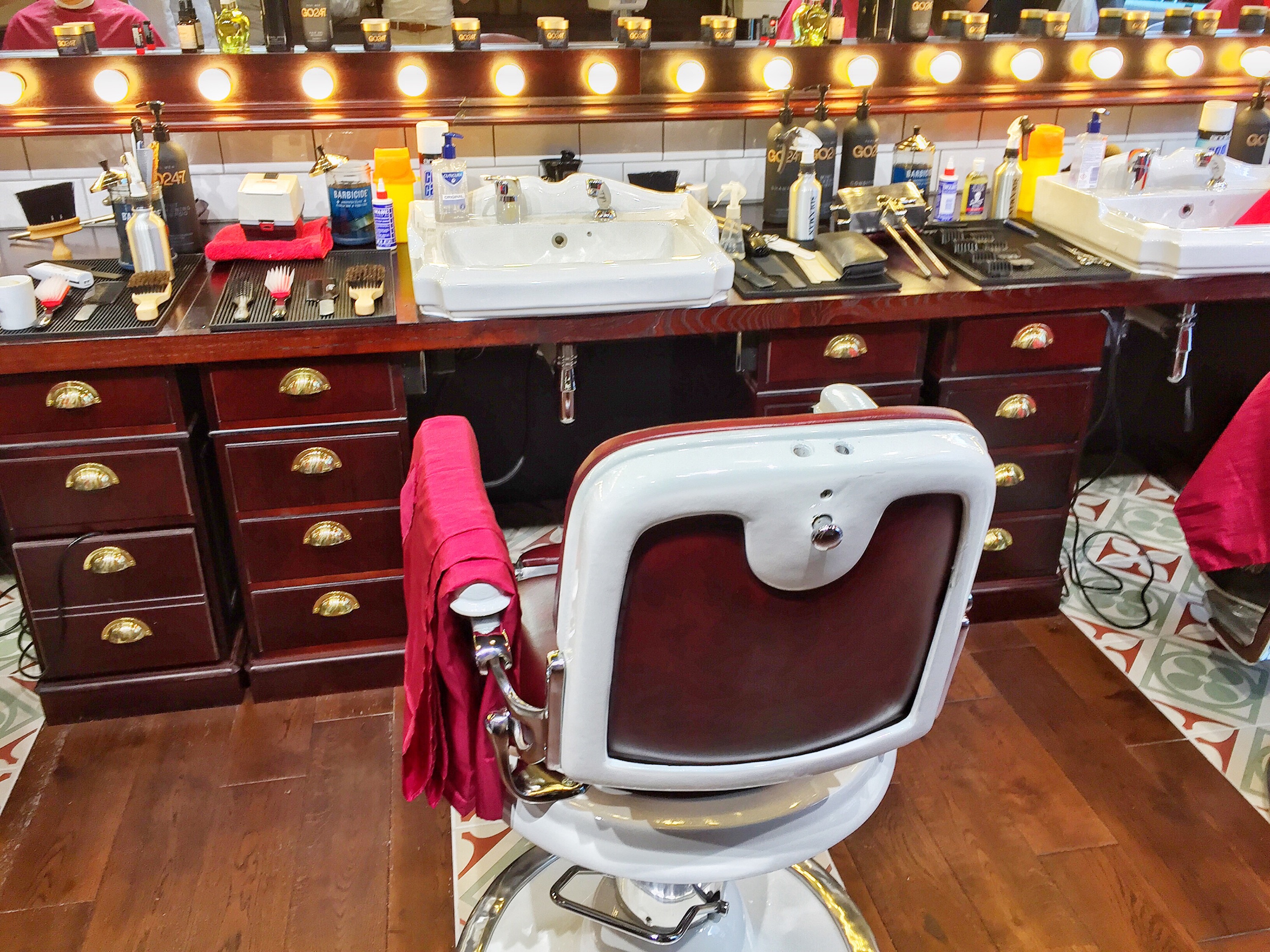 The barbershop was a mixture of clean white enamel and eccentric polished steel and leather. Tools were meticulously cleaned and hot, clean towels were provided as and when they were requested by the barber. For an opening day, it felt like it had been running for a decade.

As my haircut drew to its conclusion, I saw the staff welcome in a homeless man who had been staring through the window and, when he informing them that he honestly had no money, they sat him down and treated him like any other customer. They offered him a free shave and haircut as well as a warm drink. It was humbling to watch and great to see a business giving back to the community less than 24 hours after it had opened its doors. 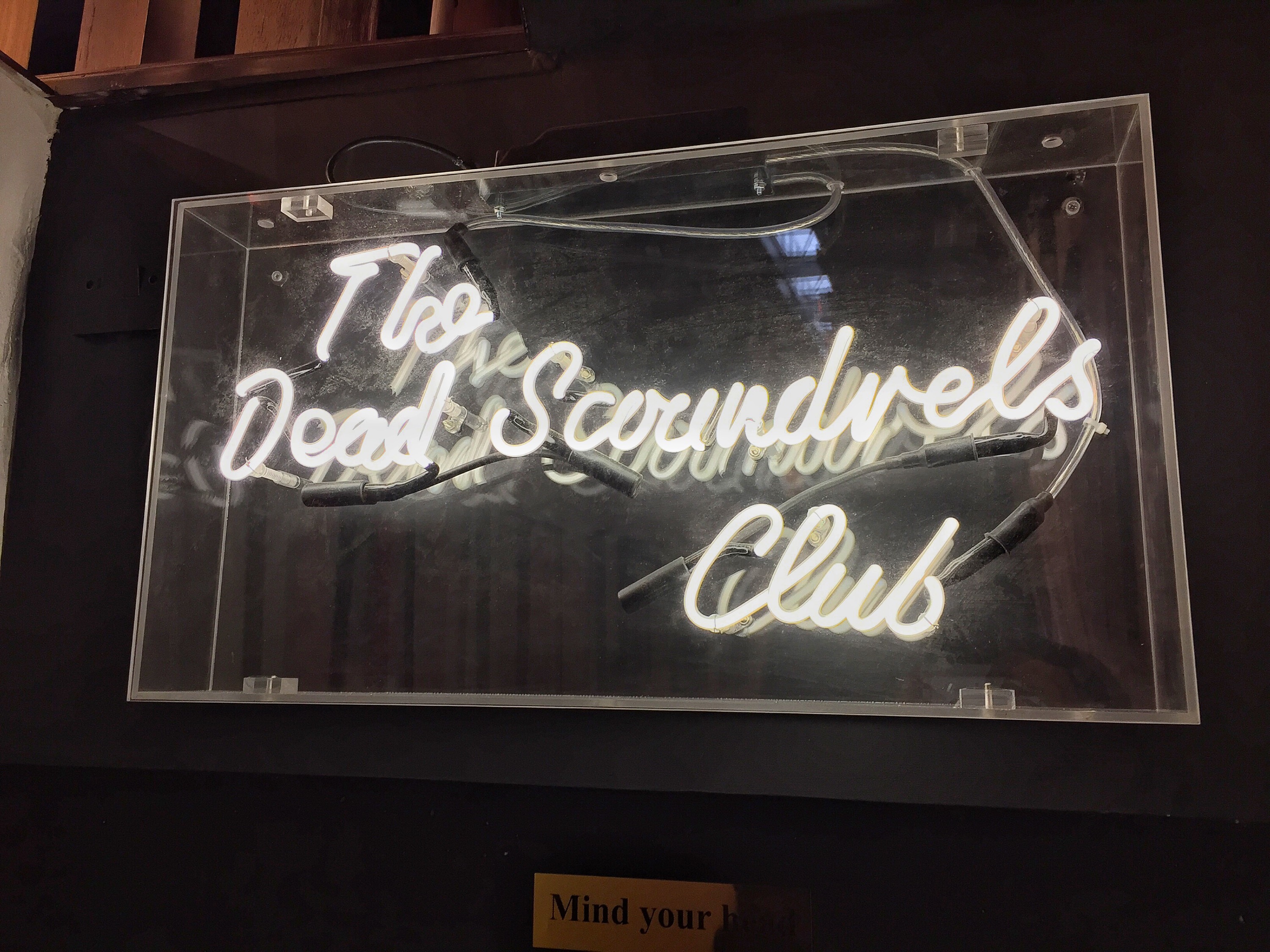 I watched as other customers indulged in a luxurious hot shave while the smell of cool menthol and sandalwood filled the shop, it was nothing short of a true pleasure to experience and be a part of. As I gathered my things and headed out the door both Johnny and Joey shook me by the hand and demanded I come back soon to catch up. There is a lot that can be said for a friendly face and warm goodbye as it left me with a smile on my face.

London is full of fantastic barbershops and to say BarberBarber is the best is both a disservice to the others as well as a disservice to what BarberBarber is trying to achieve. They don’t want to monopolize the market, they only wish to add their character in a location that fits their style. Spitalfields seems to have welcomed BarberBarber with open arms and I can’t recommend it highly enough to anyone looking for an East London Barber experience. It’s trendy, edgy, friendly and stylish a perfect representation of the dynamic East London community and a welcome addition to gentleman’s grooming.

Best of all? They also have locations in Manchester, Leeds and Liverpool bustling with gleaming recommendations and happy reviews.

Thanks for checking out the post and make sure to let me know if you have any questions about the service or treatments. You can also sign-up to be notified of new posts and follow The Male Stylist activity. Also, don’t forget to follow me on Twitter or Instagram for style inspiration, gentleman’s musings and general fun.