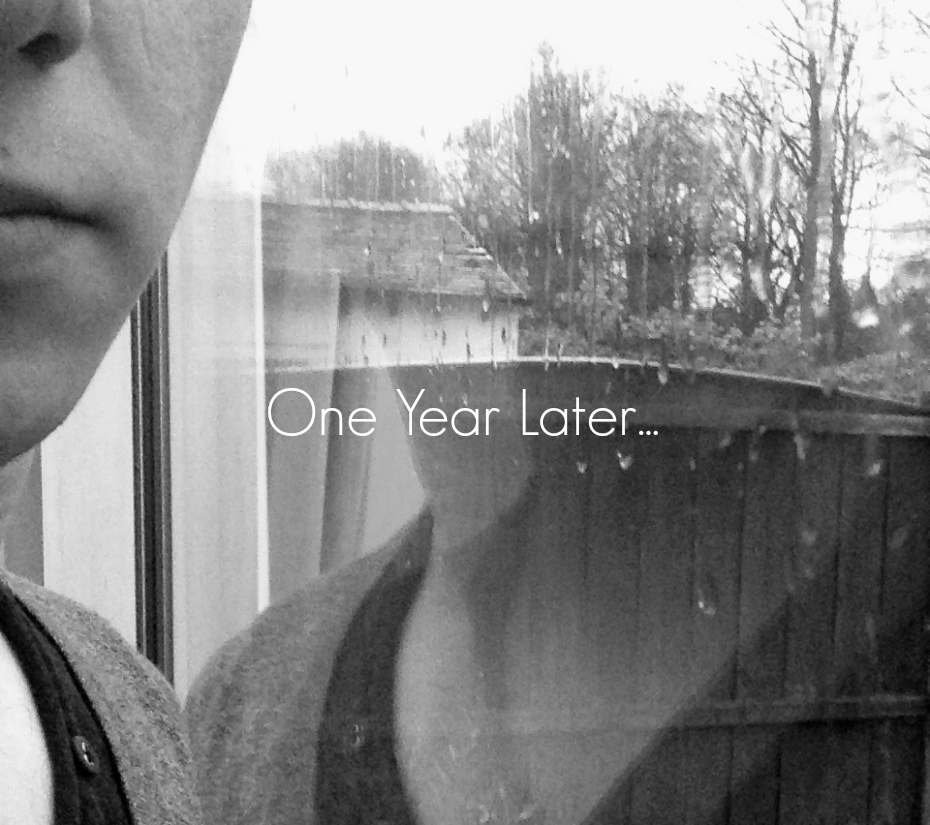 Around this time last year I wrote a piece on the struggle that many young people face in their mid-to-late twenties, namely the “quarter life crisis”. I got so much feedback from all of you and was inundated with emails, comments and people on Twitter saying that they had been through similar experiences. Considering the response, I wanted to do a follow-up to show how I’ve managed to deal with some issues, what I’ve learned to let go of and what I’m doing to combat some of my insecurities going forward.

On New Year’s Eve 2014 I was asked what my resolutions would be for 2015, what did I hope to achieve. Like many people I have often shrugged these off as empty promises to myself or a simple joke to gain a few laughs from those around me. This year, however, I decided to challenge myself and push my comfort zone to help bring change to areas of my life where I was currently unhappy. I decided to target my lack of satisfaction in my current job, the end of my tenancy in my house and the inevitable weight I’d put on over Christmas. With that in mind, I came up with 3 resolutions for 2015:

I was very aware that I was bundling two relatively stressful tasks into the first 3 months of 2015, but I wanted to see big changes in my life and this was how I wanted to do it.

One of the reasons I wasn’t satisfied with my current role was because it lacked any fun or creative culture, the company also refused to look after its employees and generally tried to make sure as little as possible was being spent on worker satisfaction. Instead of hitting the job listing sites, I went out in search of companies who had a reputation for looking after employees, for those interested I highly recommend using GlassDoor to find out what current and old employees think of their organisations through anonymous reviews.

I found a company that fit my desires perfectly and, within two weeks of applying I had been through one online test, a phone interview and a full job interview at the head office. By January 23rd I had a job offer and (after signing some contracts and having my references checked) I had my notice handed in by January 26th. I cannot describe the sense of achievement this gave me, I had accomplished my new year’s resolution and begin to put my life on-track. It was a mixture of elation, nervousness and a boost to my confidence that I had been sorely lacking. 2015 was off to a great start…

Living in London, this one was as much about luck as it was about hard work, but I knew I could improve my chances. I got to work finding new areas to live, apartments that were more young-professional housing than “student digs”. I got contacted by a very close friend who told me he was looking for somewhere to live and soon there were 3 of us trawling the estate agent sites looking for potential new accommodation.

After weeks of being pestered by estate agents trying to flog us worn down, overpriced flats, we found a place in Stockwell and soon had the paperwork and deposit finalised. Although resolution no.2 was complete, I was certainly feeling stressed. Maybe I shouldn’t have tried to cram both a new job and new home into the first 3 months of 2015…

Having spent the last few year finding my feet in London, both socially and financially, I felt it was time to start giving back more to a community that I had developed my new life in. At first this came in the form of buying food/giving money to homeless people when I saw them, I then signed up to charities like St Mungo’s and Shelter. These are organisations who actively try to get homeless people off the street and rehabilitated for good and are help to offer a long-term solution to some of the most desperate people in our society.

I wanted to get involved where I could with some of the world’s biggest crises. I gave support and donated to MOAS (a lifeboat service that is helping to stop refugees drowning when they come over by boat) and gave money to Oxfam to aid their efforts with eradicating Ebola in Africa.

There are some of you who may think that this is some sort of demonstration of my generosity to impress others, well it isn’t. If anything I wanted to inspire others (particularly men) to do the same. I am so fortunate to have had every opportunity that has come my way and, as such, I should be giving what I can back to those who need much more than I. If nothing else, maybe they can be afforded the same opportunities and luxuries that we take for granted everyday.

All of these changes boiled down to a fundamental change in the way I wanted to live my life. I was depressed about my own life because I was comparing myself to others, I was unfulfilled by my work because I valued money over career enrichment and I was anxious of how others saw me because I didn’t take the time to be generous to those who remain unseen.

I stopped comparing my life to others and, thanks to someone I love very much, I accepted that people will live their lives differently and that is a great freedom to have. Whether they accept my life for what it is or frown upon it was no longer a concern, I am satisfied with my life because it is mine to direct.

Having come from a family where some key members have described themselves as “mercenaries” my ambitions were all focused on gaining a bigger salary. Although I still wish to improve my financial standings, my main ambition is to be happy and valued by those I work with.

By giving back to others I learnt to see how fortunate I am and how much I have been given without ever having to ask for it. I am definitely grateful for this but I realised that it was time to stop being childish by moaning about my life and, instead, look to benefit the lives of others.

As the last few days of 2015 close out and we welcome in 2016, I’ve found a whole new perspective on where I stand and how far my life has come in 365 days (more or less). I’ve learnt to value the important things and genuinely live my life now rather than in 10/20/30 years time. My advice to those who want it would be, don’t try and work at something that you hate to make it better. Instead, change your situation or perspective to make everyday a better day.

Thank you to everyone who has supported me this year and offered help when I’ve been at my lowest last year. 2015 has been a year of big change and I look forward to seeing what 2016 brings with eager anticipation. Until then, I hope you all had a very Merry Christmas and may 2016 be a happy and healthy new year for you all.