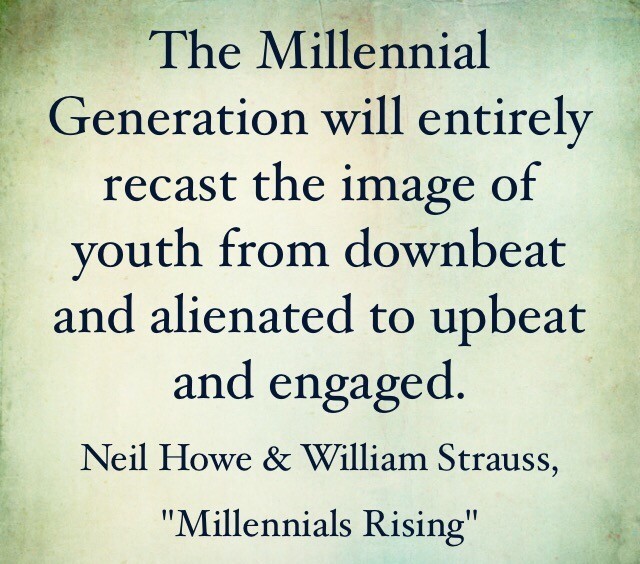 For those of you who hadn’t guessed from the title, this is a topic that is somewhat close to my heart and one that I’m prone to rant about. My life is based in the digital world, I absorb news through it, I share my views on it and my career is inextricably linked with the evolution of technology and the internet. I am, by almost every definition, a millennial. Born between 1984 and 1992, lovers of technology, entrepreneurial and generally disruptive to the established order due to their beliefs and perspectives.

What angers me, however, is that mainstream media is treating millennials as if we are a group of petulant children refusing to work or contribute to any facet of modern society. For just a small perspective on this attitude you can see a list of Business Insider’s articles about what industries millenials are “killing”, from golf to light yoghurt, napkins and (apparently) vacations. The media are constantly pushing this narrative of the rude hipster in glasses and an ironic shirt tweeting their lives away whilst society crumbles around them…

A Bit of Context

First thing’s first, and I speak on behalf of a lot of people my age, fuck that narrative and fuck anyone who spouts it or believes it.

We are a generation who have (quite literally) been left the bill for a crushed economy, failing democracy, a dying planet and catastrophic wars while most of us are still in the first decade of our careers. This extensive list of things to fix/pay for was as a direct result of the negligence, ignorance and lack of social responsibility from the “baby boomer” generation. The 60+ year olds who have prioritised themselves over any form of altruistic morality, choosing to remove the privileges they were given early on, in favour of taxing the youth in the name of “economic equality”.

This was a group of people who had free education through to university, but felt it fair to charge upwards of £50,000 to students who wanted to pursue the same path. A generation who made it harder to find jobs by creating a financial crisis so incredibly devastating that it wiped over £9.7 trillion off the global economic landscape just as we were graduating. A generation who (in the majority) voted for Brexit and Trump, despite the fact that most of the effects won’t be felt by them because they own a house and are coming to the end of their long careers.

And then on top of all of this, you have the nerve to insult the way we TRY to turn this around.

Forgive us if we do not shower you with praise for what you have left us.

It could be because of the unethical business practices, harm to the environment or snake-oil sales tactics used to overprice diamonds?

So you screwed us? We’re not the first generation it has happened to but hopefully we will be one of the last. When you made things tougher, we got creative and thought of new ways to enrich our lives.

You took the internet and desperately tried to find every way to monetise it through bad advertising and pop-ups. We created social media and allowed the world to speak up in a truly democratic way with events like the Twitter and their coverage of the Japan Tsunami which promoted greater awareness than any news media outlet, whilst organisations like JustGiving utilize social media to create extraordinary growth in charitable donations annually.

We used social media to create success for people who would otherwise have not found it with people like Hannah Hart, a comedy writer and YouTuber who started her channel because she was unable to find any work in traditional script writing. Yet to this day has millions of followers, promotes LGBTQ equality and regularly meets with powerful political bodies (including Barack Obama) to discuss LGBTQ issues.

Even when social media is discussed seriously by “old media” it is shown to be an all consuming evil that we pour our lives into and strive for validation. The truth is, for a great deal of millennials, social media is a way to build and create something. A portfolio, a business, an idea or even just a group of like minded people. We communicate great distances with people around the world and share our lives to gain an understanding of one another. Yes, there are flaws in the system (what system doesn’t have flaws?), but consider the fact that it has highlighted issues like corporate sexism, organisational racism and shown the true inequality present in the world in way that no traditional news or media outlet had done due to censorship and government/corporate bias.

We Are Patronized Based On Your Failings

Our generation is regularly teased for being “the participation trophy generation” because we grew up in a culture without losers where “everyone is a winner”. Yet, we were children and we didn’t push for this kind of upbringing. In fact, it was the bitter parents who criticized teachers for not making THEIR child feel special and promoting others over their own that forced this culture into existence. As a result, the participation trophy became mainstream, yet we are labelled as the weak ones whilst the baby-boomers sit on their high horses and tell us “it is so much easier now than in our day!”

We are told that our generation must be being given easier exams rather than being smarter because GCSEs and A levels regularly break previous records, yet you wonder why we feel disenfranchised by the education system and many young people choose to abandon it? Have you ever stopped to think that maybe by undervaluing our overall achievements as a younger generation, you encouraged us to leave your traditions and find our own paths? Has it occurred to you that maybe investing in our happiness (instead of protecting your own pride) might directly help you later down the line?

We ARE Fixing Your Mistakes 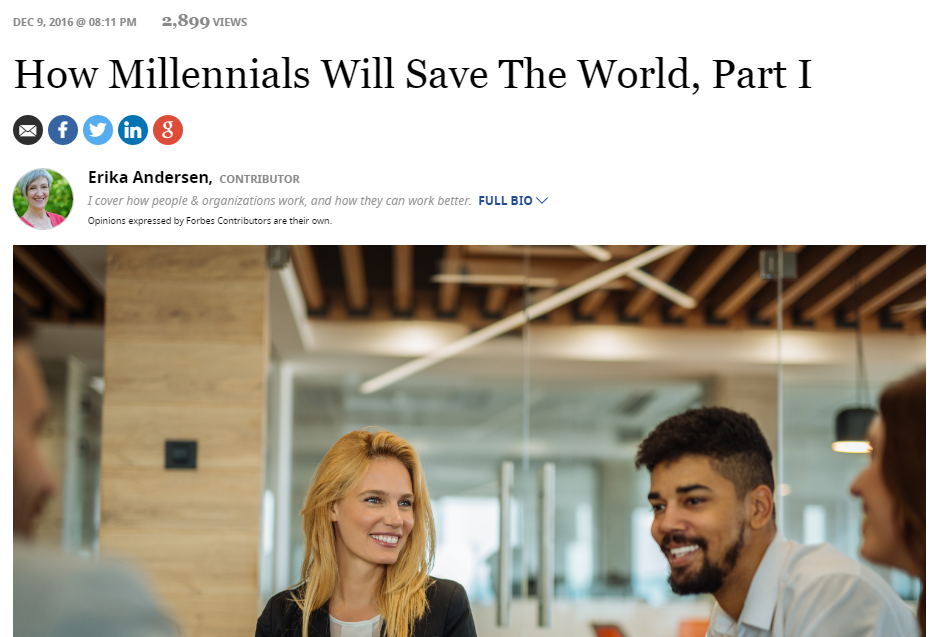 In 2013, a 19 year old boy devised a method to help clean the majority of plastic out of the world’s oceans in less than a decade using a complex cleaning array. He had no monetary incentive to do it, nor did he do it for fame, he simply did it because there was an issue and he wanted to fix it. This is a prime example of what separates us from the baby-boomers. We want to change the world for the better, rather than better our own lives.

We are stereotyped as “binge drinkers” by the tabloids, a youth in revolt who have left the values of this country behind. Yet, according to the ONS we are drinking less than any generation before us and more of us are electing to remove alcohol from our diets altogether. We are more liberal than any other generation in history, accepting people and opinions regardless of creed, colour or gender. We’re also helping to fix healthcare where baby boomers gave up long ago by ignoring trends and changes in technology.

So while baby boomers bicker over power and wealth, we are trying to unite people to keep this planet alive and bring others onto a level playing field in both a social and economic sense.

Don’t Write Off Millennials, Work With Us

This year we have started to see a change in the way people talk about millennials with more and more articles discussing how millennials can save the economy, politics, business and social equality. Older generations are rapidly understanding that as they pass into retirement, we are becoming the hands that feed them and they’re keen to push responsibility onto us (again). We can shoulder that responsibility and we will work hard to try and make society a better place for everyone including older generations. What we ask is that you don’t spit in our face as we do it. We ask for respect, decency and to be taught what you have learned through decades of life experience and time.

If 2016 has taught us one thing it is that insulting your opponents and segregating people based on their opinions only leads to conflict and hatred. We are looking to rise above that so engage with us and we will engage with you. This is a generation desperate to be heard by their elders but who consistently end up being patronised and shunned. Listen to us, be willing to debate our ideas and we will work all the harder for you, for ourselves and for everyone.

Thanks for checking out the post and let me know your thoughts on what you feel about millennials. In the meantime, you can also sign-up to be notified of new posts and follow The Male Stylist activity. Also, don’t forget to follow me on Twitter or Instagram for style inspiration, gentleman’s musings and general fun.