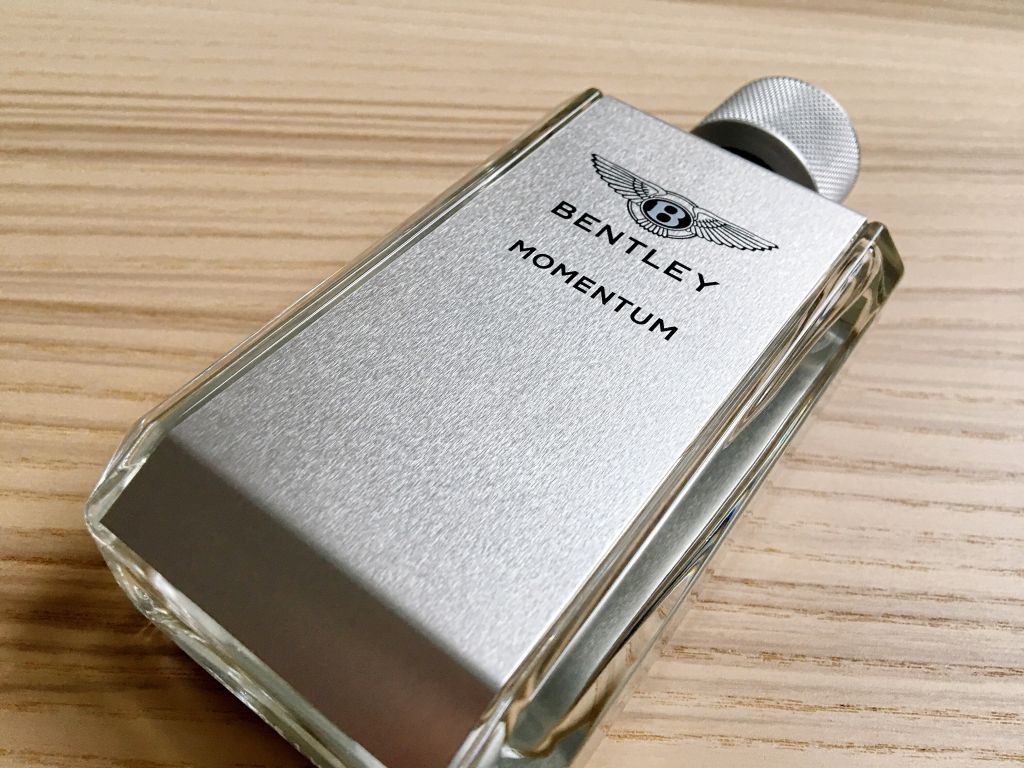 In the past I’ve tried to avoid fragrances created by car companies as, from previous experience, I find they are an example of a company applying its strengths in one area (i.e. cars) and attempting to apply them to fragrance with limited success. However, when I received invitation and early press samples of Bentley Momentum Intense, the latest cologne from the car manufacturer’s fragrance division, I was undeniably curious. So after a rather cold and wet trip through Central London, I headed to The Shard for the launch event in the Shangri-La hotel to see if Bentley could buck the trend of car company fragrances.

Also, there’s an opportunity for you to win a bottle of this fragrance before it hits the stores by following me on Twitter and retweeting the pinned post for this article. Winner’s will be announced in 2 weeks time on Wednesday 22nd March on Twitter. 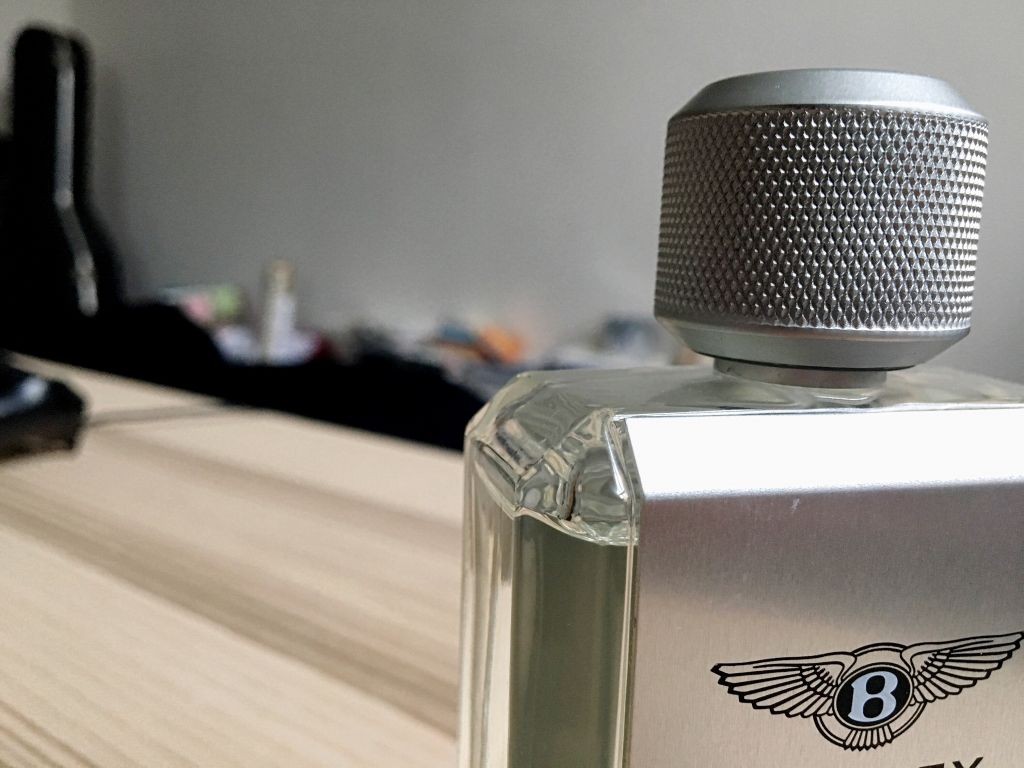 Momentum Intense starts off on fairly well-tread ground with a mixture of Lavender and Bergamot, creating a refreshing and slightly floral that is remarkably well balanced. The initial scent has a good deal of body but isn’t overpowering (providing you don’t go overboard when applying it) and offers a great deal of masculine character without the traditional over-use of “sporty” notes so commonly used in similar aftershaves.

Following the initial hit of the early elements in the fragrance, it settles into much more subtle notes with the use of Geranium and Tonka Bean, providing very delicate sweet notes that add depth to the initial fresh burst and adding a little British character to the overall feel of the fragrance. Having said that, there is an argument to be made for it being a little TOO subtle as the scent seems to drop off considerably before the lower notes hit. Although not necessarily completely gone, there is a noticeable lessening in the strength of the fragrance at this point which might put people off. 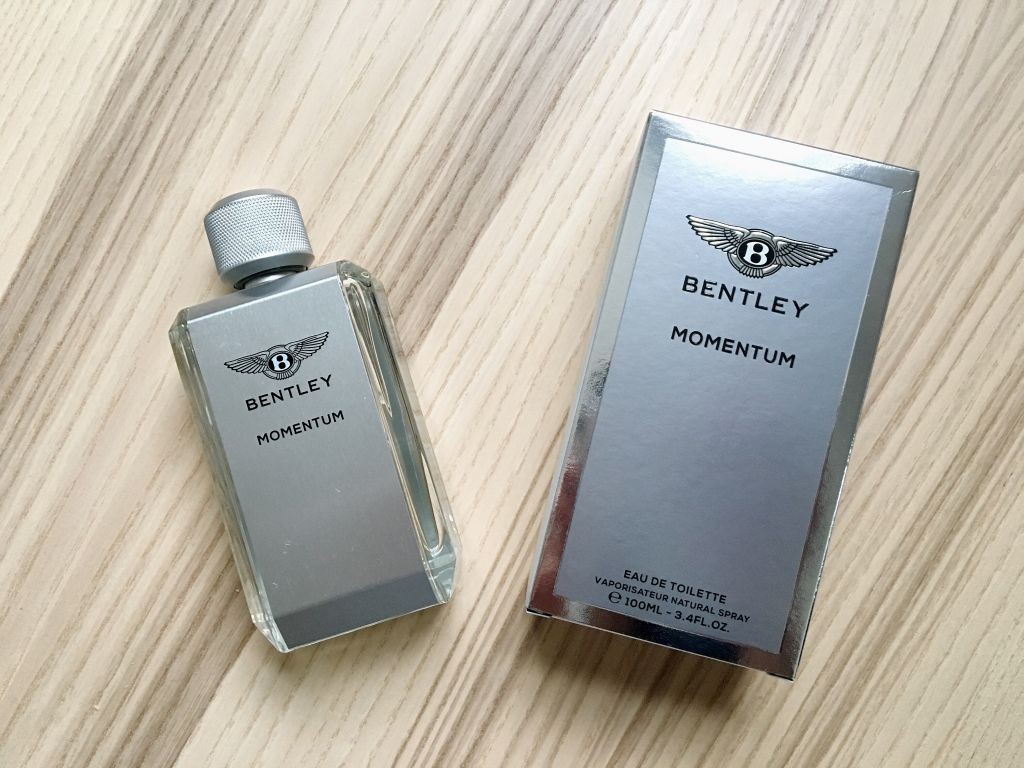 It is in the base notes where this fragrance truly shines, with Sandalwood and Amberwood and Musk all uniting to create a wonderfully deep scent that compliments the initial fresh burst of the fragrance without creating an unnatural contrast. The woody elements here give add a slight dryness that is both masculine and seductive whilst the musk adds a final layer which ties all 3 layers of it together. 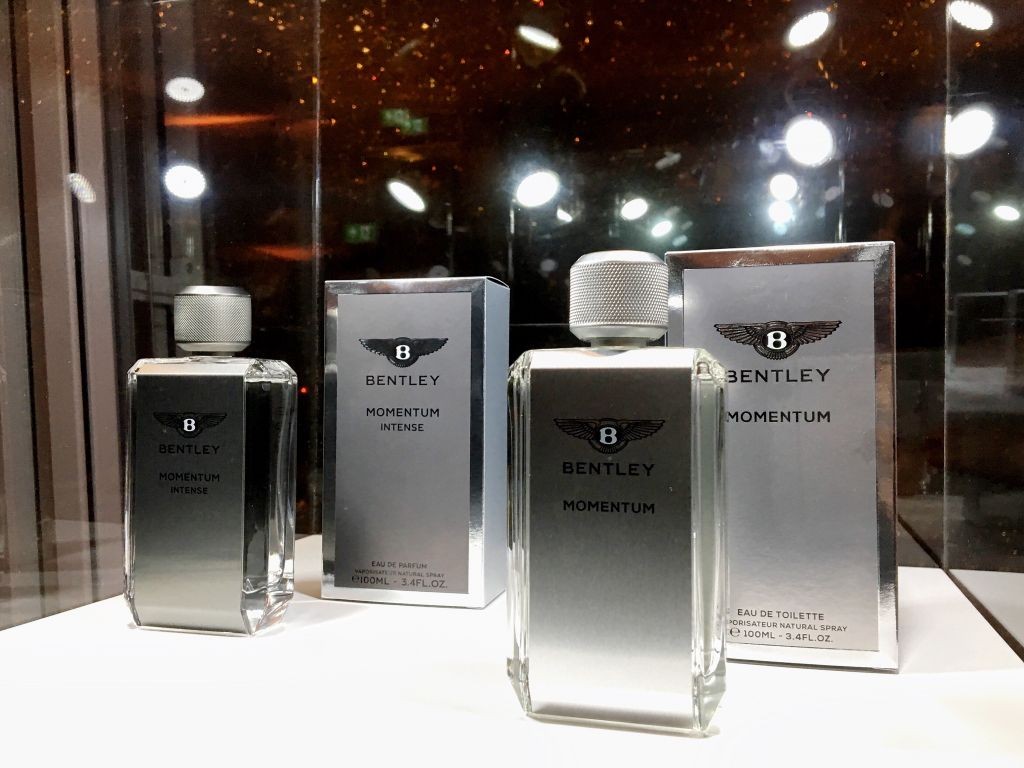 I am shocked by this fragrance and by how much I enjoy wearing it. It’s a testament to Bentley’s past as a great British manufacturer with plenty of heritage, whilst also acting as a promise of the future with its brushed steel packaging and its concept of “Momentum” carrying the brand forward. It will last the best part of 8 hours without the need for re-application and is not so overpowering as to drown the senses when someone is within 10 feet of you. Even though it lacks a little body when it comes to the heart of the fragrance, in my opinion it is a fantastic entry from Bentley’s fragrance division and one I will be returning to very soon.

Don’t forget, there’s still an opportunity for you to win a bottle of Bentley Momentum Intense before it hits the stores by following me on Twitter and retweeting the pinned post for this article. Winner’s will be announced in 2 weeks time on Wednesday 22nd March on Twitter.

That just about wraps up this review, thank you for checking it out. If you have any questions or comments you would like to add, don’t hesitate to comment below and I’ll be happy to answer/discuss them. In the meantime, you can also sign-up to be notified of new posts and follow The Male Stylist activity. Also, don’t forget to follow me on Twitter or Instagram for style inspiration, gentleman’s musings and general fun.