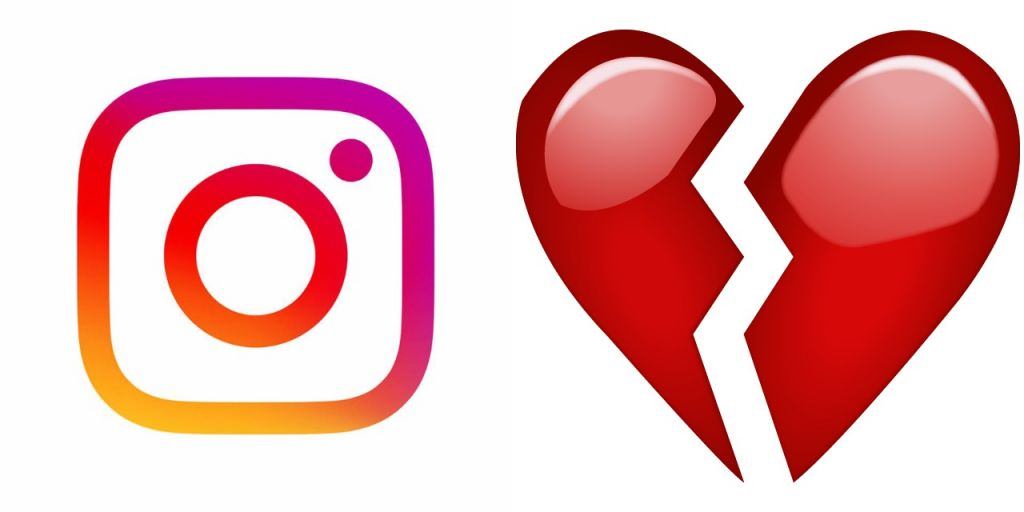 Hey…so, I’m really glad we could talk about this as it’s been weighing on my mind for a while. Instagram, you and I have had a great run together. Sure, my profile didn’t have tens of thousands of followers but we’ve shared some great moments over the past few years. Remember that first post we did? Or our first story? Yeah, they were good times but I think it’s time we talked about us because I feel like you’re taking me for granted a little bit and, ultimately, I just can’t carry on feeling like you’ve put me on the back burner after all these years of hard work. So, I wanted to go over why I think it might be best if we go our separate ways…

I feel like I’m the one continually putting in the effort to make this relationship work. You want constant attention and activity but rarely reciprocate. In fact, you actively punish me if I take a day away with my own family or friends. At one point, it became a real stress for me with hours going into creating, editing and posting content multiple times a day just to maintain a follower count, let alone grow it. You want me to look the best I can, constantly posting the best photos and the cleanest angles yet even then you don’t seem satisfied.

As the years have gone by, you’ve demanded more and more from me and given less in return. Frankly, I want a relationship where both parties feel equal. I want us to work together to build something with meaning and, right now, that just isn’t what you’re giving me.

Remember years ago when we used to discover new content together and meet new people? Remember how, when we spent time together, we found inspiration for new ideas and creativity. Well, if I’m honest, that isn’t you anymore. You want to focus on popularity and keep trying to bring me back to what has gone by rather than looking ahead to the future.

You keep trying to make me buy things and punish my friends who just want to share interesting new content with me. Above all else though, you’ve encouraged some shady tactics with bots and ‘un-following’. I didn’t get into this relationship to be hounded or to be given the hard sell. I got into it because I wanted to build something with like-minded people and communicate with them. It just seems like you don’t want that anymore…

There are some amazing accounts out there in the fashion blogging industry alone. People who put their heart and soul into their Instagram accounts, painstakingly getting the best photos, researching the best hashtags and scheduling for the perfect time to post. Yet they struggle to grow their account and their following and are disheartened when they actually see their numbers fall. I’ll admit that my devotion to you has wavered quite a bit but there are those who haven’t stopped loving you as a platform. In return, you’ve shunned them and their fatigue is beginning to show.

Just last month, one of the biggest Instagrammers in men’s fashion announced he had taken a break from the platform and stated how much he enjoyed the time off.

lol I haven't posted on insta in almost a month…felt great but in retrospect, STOP BEING LAZY, ADUMB.

If nothing else, this shows how even your most devoted users are beginning to get tired of the way you treat them, doesn’t it?

You’re Not The Social Media Platform for Me

Don’t get me wrong, there are loads of people out there who love you, who want to be a part of your platform and share with you. That’s great and I really hope it works out for you but for myself, I think I’m looking for something different. I don’t want this to end badly, I just wanted to be honest. I don’t want to be worried about you playing games with me or be concerned that I’m not spending every single hour of the day with you.

I want something that feels…sociable…something that feels fun to be a part of…a relationship that I can be close to but, sometimes, be independent and do our own thing with friends or just relax by ourselves. I want a social media platform that wants the two of us to work together to make something mutually beneficial, somewhere where we can build a brand, start a conversation or just communicate with followers and friends.

I don’t want this to be it though. We can still chat from time-to-time and I’ll sometimes post content to you just so we can catch up for a bit. For the most part, however, I think I need to admit that as you don’t make me a priority, I think it’s only fair that I step away and start trying to find something that makes me happy.

Take care and all the best for the future,

P.S. Your new boss, Facebook, seems like a bit of a dick. I’d get rid of him if I were you as he seems super controlling and a bit of a stalker…

Thank you for checking out the post and make sure to let me know if you have any questions or stories you would like to discuss in the comments section. Don’t forget to follow me on Twitter for updates, conversation and chat on my activities and the blog itself.