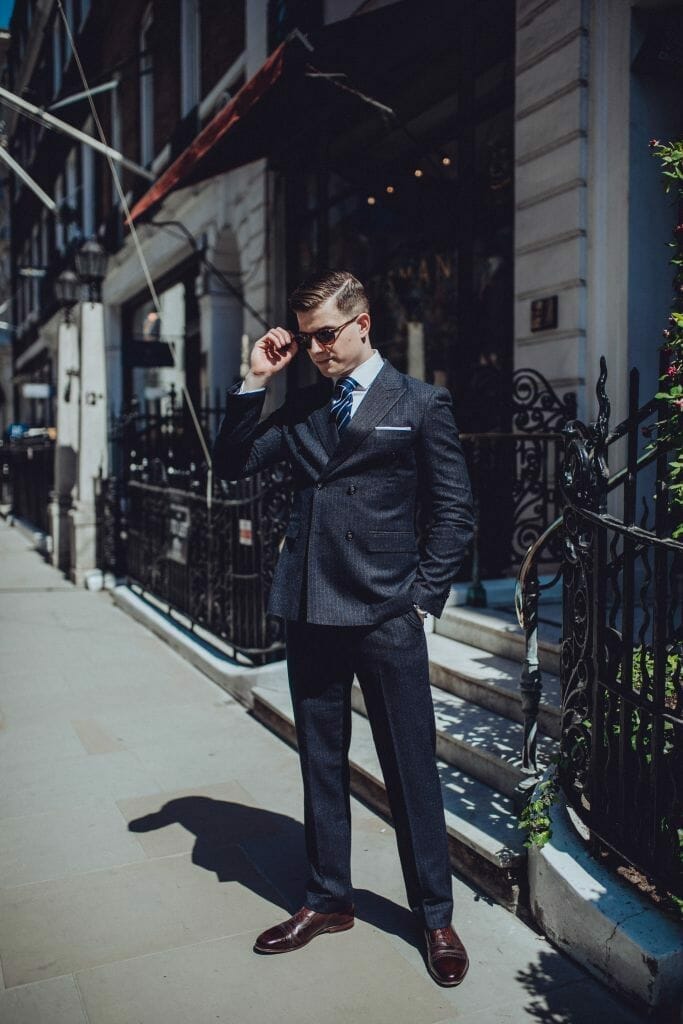 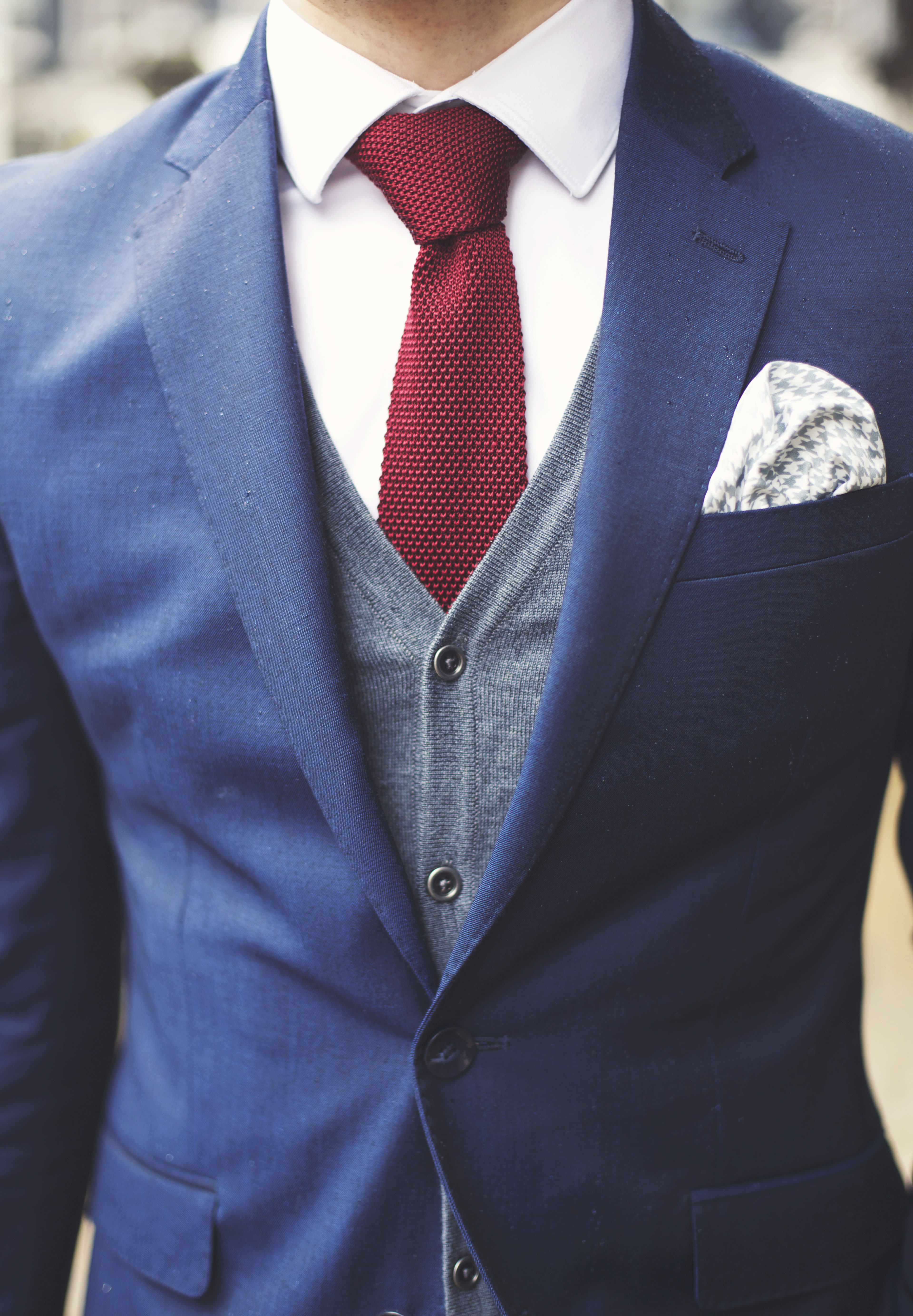 For me, this seasons has been all about the combination of knitwear and tailoring to create outfits. The idea of having something as smart as a suited look with the added texture and warmth of knitted items is both extremely stylish and very practical during these Winter/Spring transitional periods. Recently, I decided to put together a combination outfit that would work equally well with two different types of accessories allowing for slightly different looks that would work well for different tastes and occasions.

So with the morning sun cracking and the remains of an early day’s fog settling on my lapel (you’ll notice a few water droplets) I put together these two subtly different outfits. Let me know which one you prefer in the comments section.